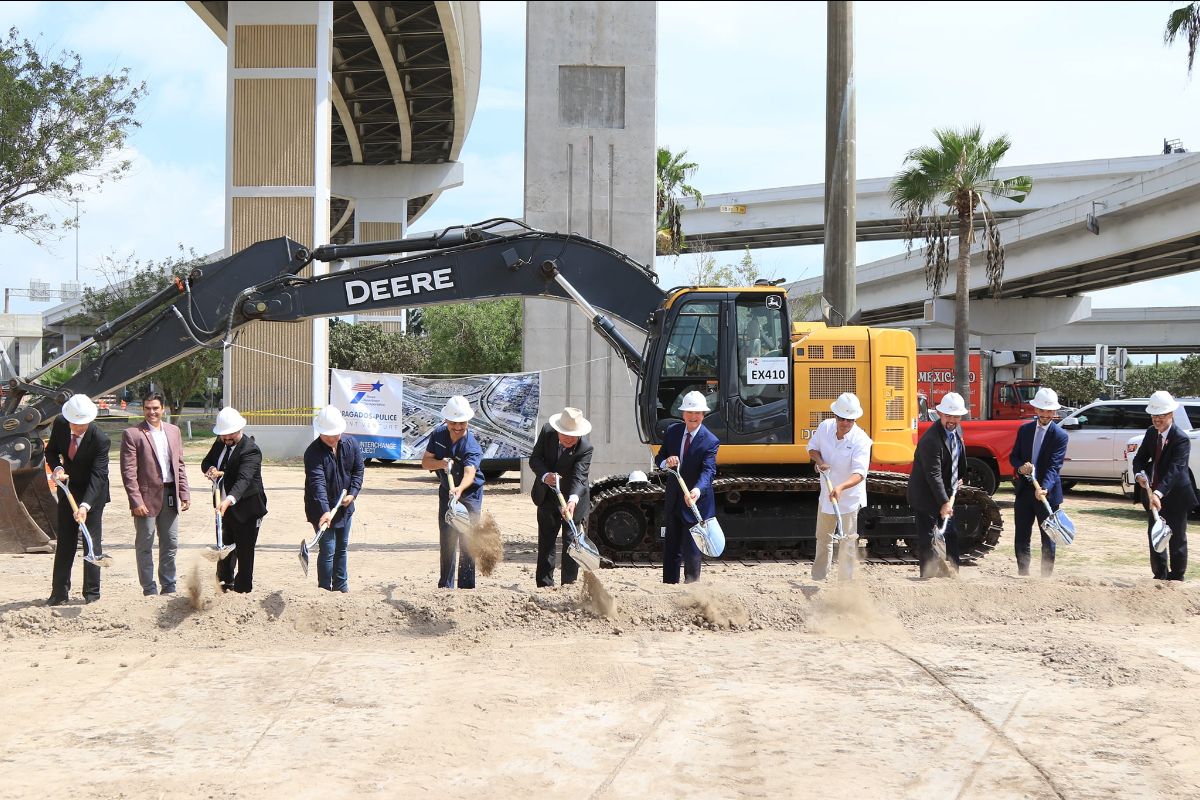 The City of Pharr, the Texas Department of Transportation (TxDOT), and Dragados-Pulice Joint Venture (DPJV) held a Groundbreaking Ceremony on Tuesday, September 21, 2021, to celebrate the construction of the I-2/I-69C Interchange Project in Pharr.

The $303 million dollar project, which has been years in the making, will be eight miles long, consist of new connectors to expand the interchange and its capacity (four lanes in each direction), and will provide for enhanced safety and traffic flow. The three-year project is slated to be completed in the Fall of 2023. 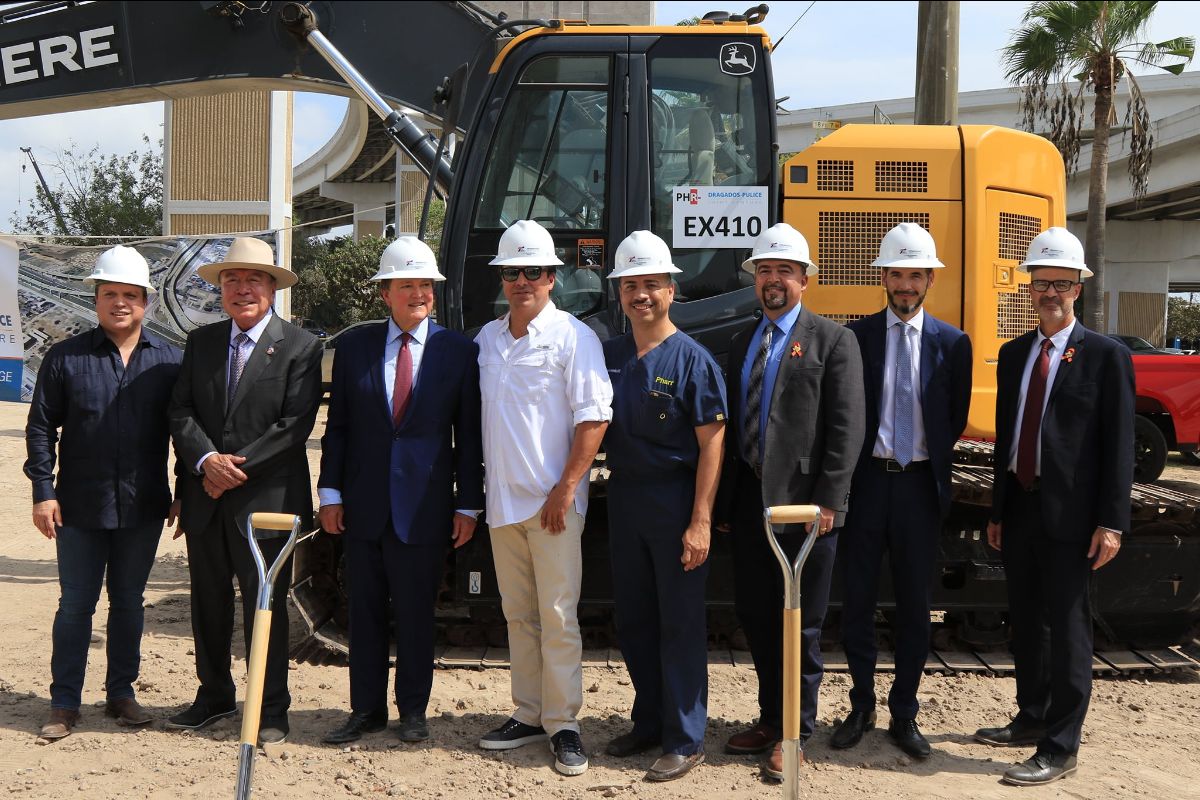 Mayor Hernandez lauded the efforts that were made to merge the three former MPOs, which worked to regionalize efforts and show the state and the nation that the Rio Grande Valley was one region working together to get things done. Hernandez stated, “Our entire region, not one city, will benefit from projects such as this one and this is our first step of many as we continue to address and find viable solutions for our transportation needs,” he added. “This interchange, which runs through the heart of Pharr and connects the region, will allow us to address congestion issues, increase safety, and provide for a smooth flow of traffic and I am so grateful and proud of everyone who worked together throughout our region and state to make it happen,” he added.

Texas Transportation Commission Chairman J. Bruce Bugg acknowledged the need for the project, stating, “The State of Texas and the Rio Grande Valley have had great population growth and in order to meet the needs of our constituents, we must ensure that our transportation system is up to par.”

Chairman Bugg also remarked that through the regional approach of the RGVMPO, the region has seen an increase in funding in the Unified Transporation Program from $595 million in 2015 to now $2.2 billion (an increase in funding of 270% in less than 7 years). This historical funding will be used to tackle transportation projects throughout the Valley.

“We understand this growth the RGV has experienced in the last ten years has led to more congestion on the roadways and more transportation needs,” added Bugg. “Now that the RGVMPO has been created, as one entity, the region finally has access to more funding to address transportation needs such as this project,” he stated. “We look forward to continued growth!” 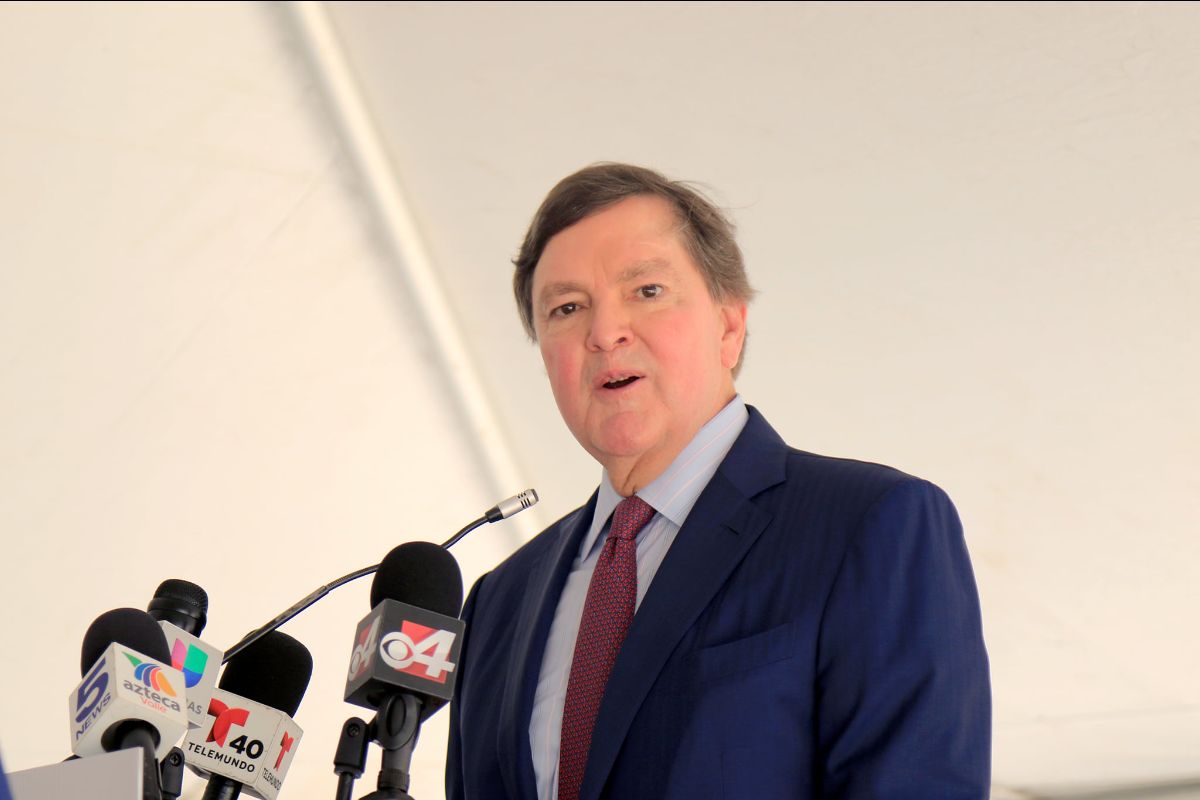 The project, which earned environmental clearance and funding in 2018, began construction in 2020 and also recently received increased funding for further expansion from Governor Abbott and the Texas Transportation Commission.

“Initially, this project was originally going to consist of just four new connectors,” said Pete Alvarez, Pharr TxDOT District Director during the opening remarks. “However, we looked at an opportunity to improve the safety and traffic operations and we decided to expand the scope of the project,” he added.  “This interchange was built 30 years ago and since then our population and traffic flow have changed significantly, this is a much-needed expansion,” stated Alvarez.

“This interchange is extremely important to us for economic growth, the creation of jobs, and also to handle the increase in interstate commerce with Mexico, which is our biggest trading partner,” said Senator and Senate Transportation Committee Member Juan “Chuy” Hinojosa. “It really took a lot of people to get this done and the key was, as Chairman Bugg noted, the merging of the three MPOs into one to increase our funding opportunities,” continued Hinojosa. “As your leaders, we all worked together to get it done, and I am especially proud of Mayor Ambrosio Hernandez, M.D., who as our first chair of the RGVMPO, has taken on these projects immediately and worked with all leaders, partners, and state, and federal officials to highlight the importance of our region and our projects,” said Hinojosa. “This Interchange Project will be the first of many and I am so proud of this accomplishment,” he added. 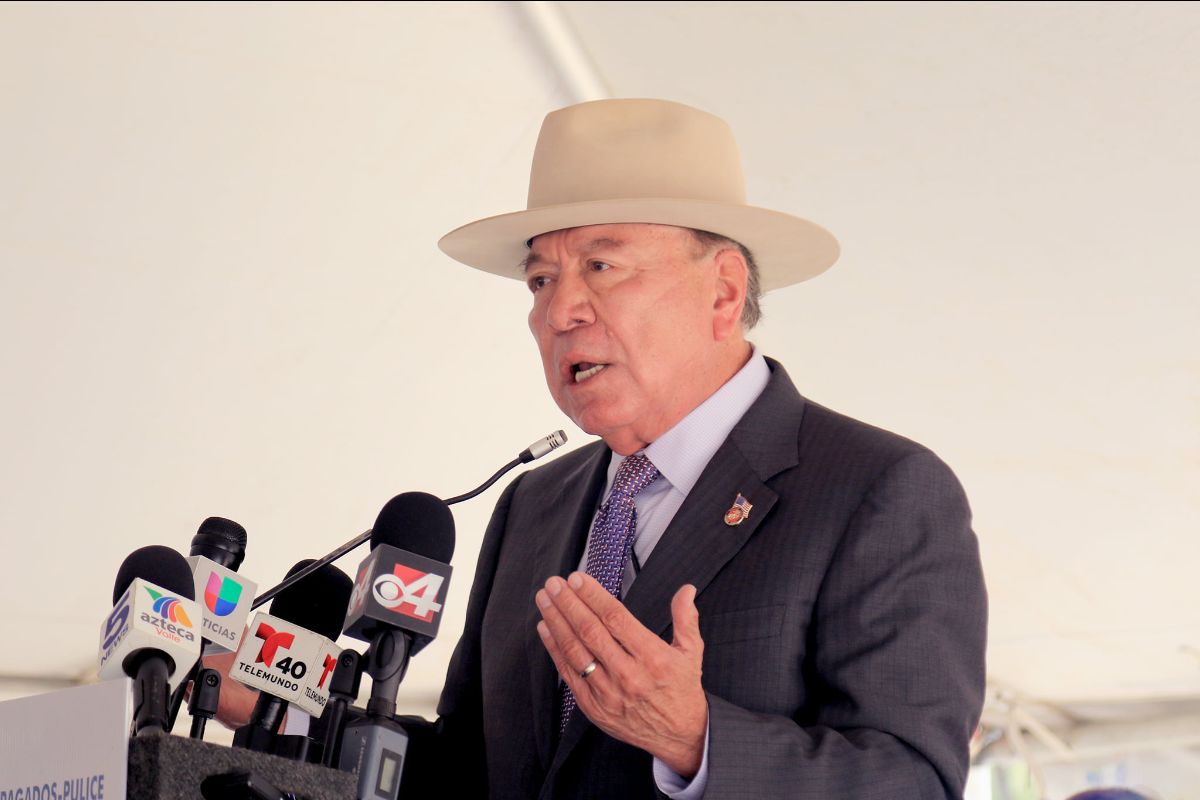 “Our region is an economic focal point, it is a trade zone and our commerce is the lifeblood of Texas and the United States,” said State Representative and Chairman of the House Transportation Committee Terry Canales. “This interchange is instrumental in not only getting people to and from work but getting people fed across the entire United States,” he added. “If we continue to work together as a region, there is nothing that we cannot accomplish, and this interchange is a monument and a testament to what we can accomplish when we work together,” said Canales. 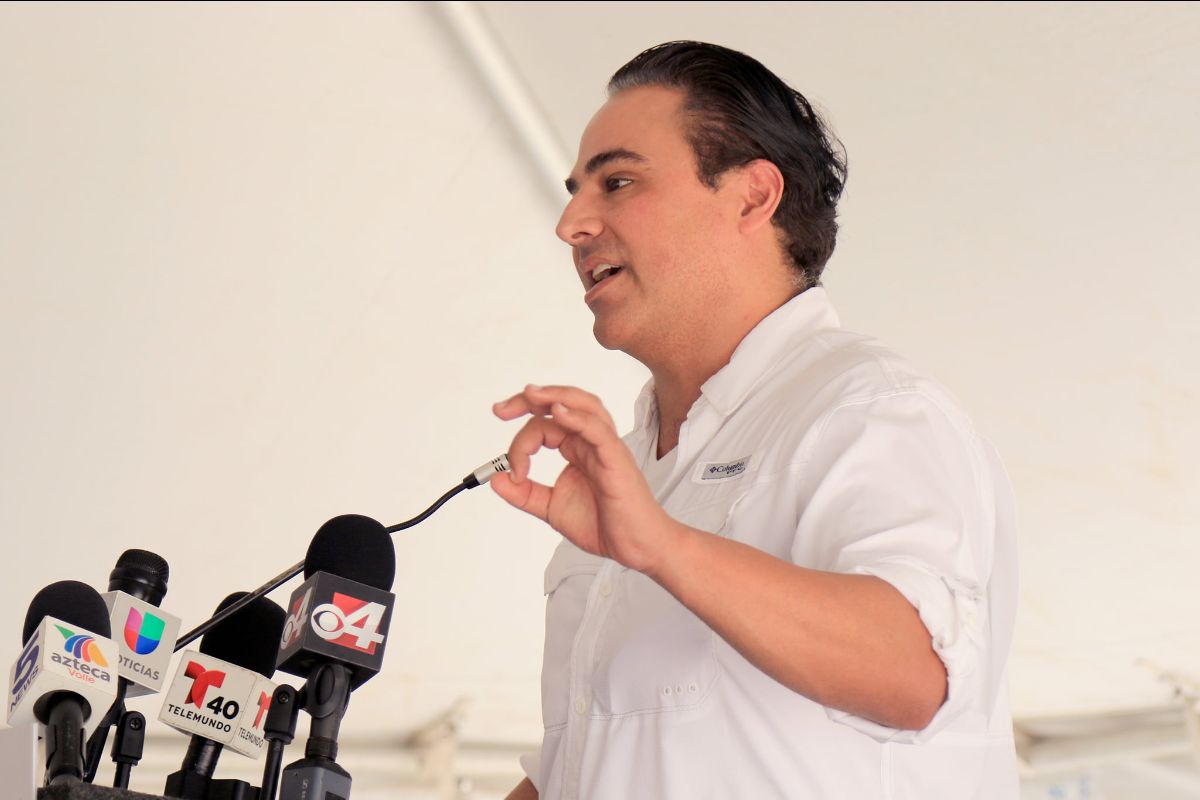 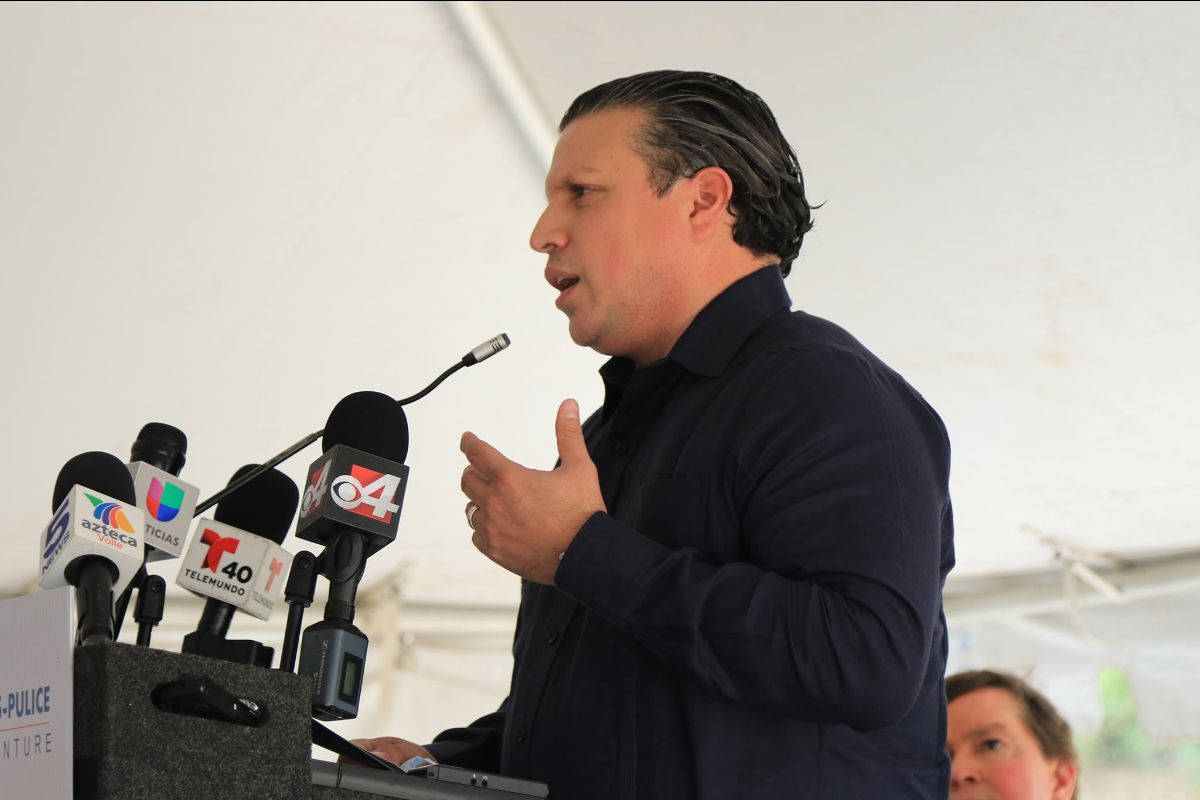 “Everything happens when leaders and communities come together to bring ideas to the table and make them happen,” said State Representative Sergio Muñoz, Jr. “Under the visionary leadership of Mayor Hernandez, the RGVMPO has been able to accomplish this,” he added. “Going forward, the importance of the region is not only addressing our regional issues but coming up with regional solutions and that is exactly what we are seeing here today with this Interchange Project,” said Muñoz.

The project is currently under construction with new developments visible daily. The decision to increase expansion efforts will result in increased connectivity, mobility, safety, and new economic development opportunities throughout the entire RGV region. 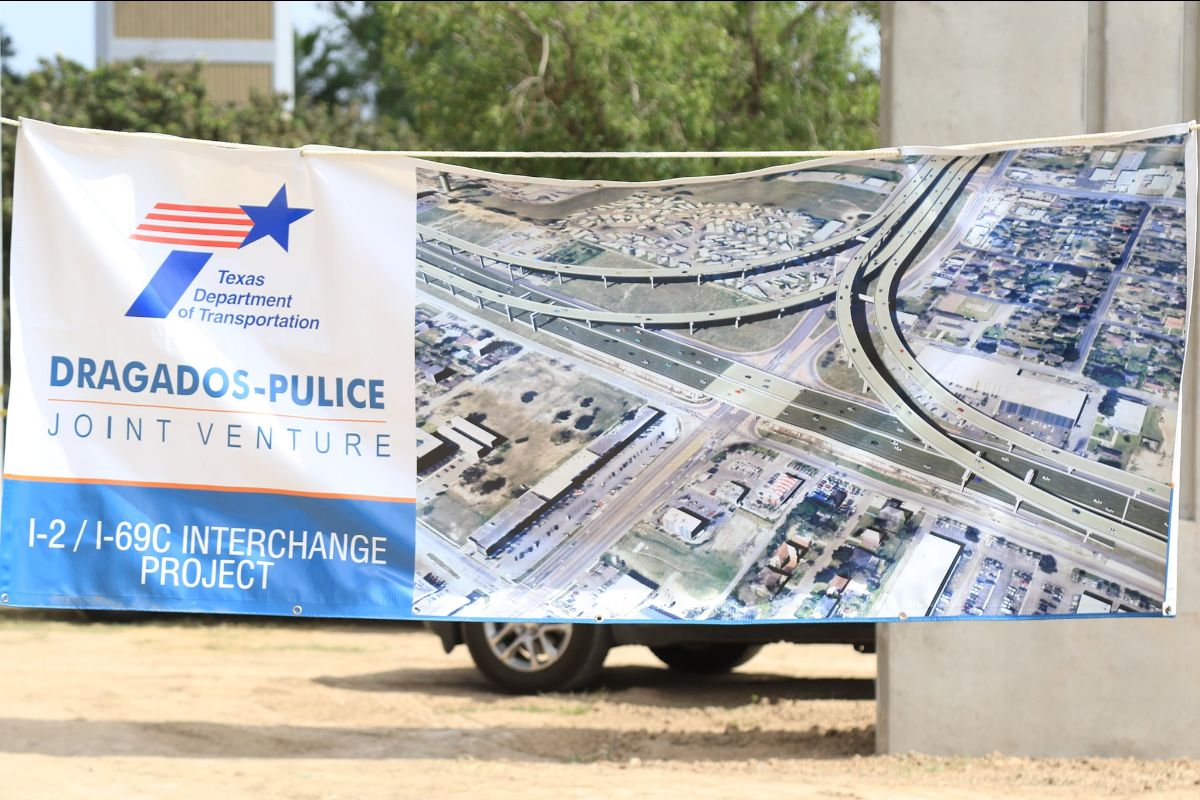 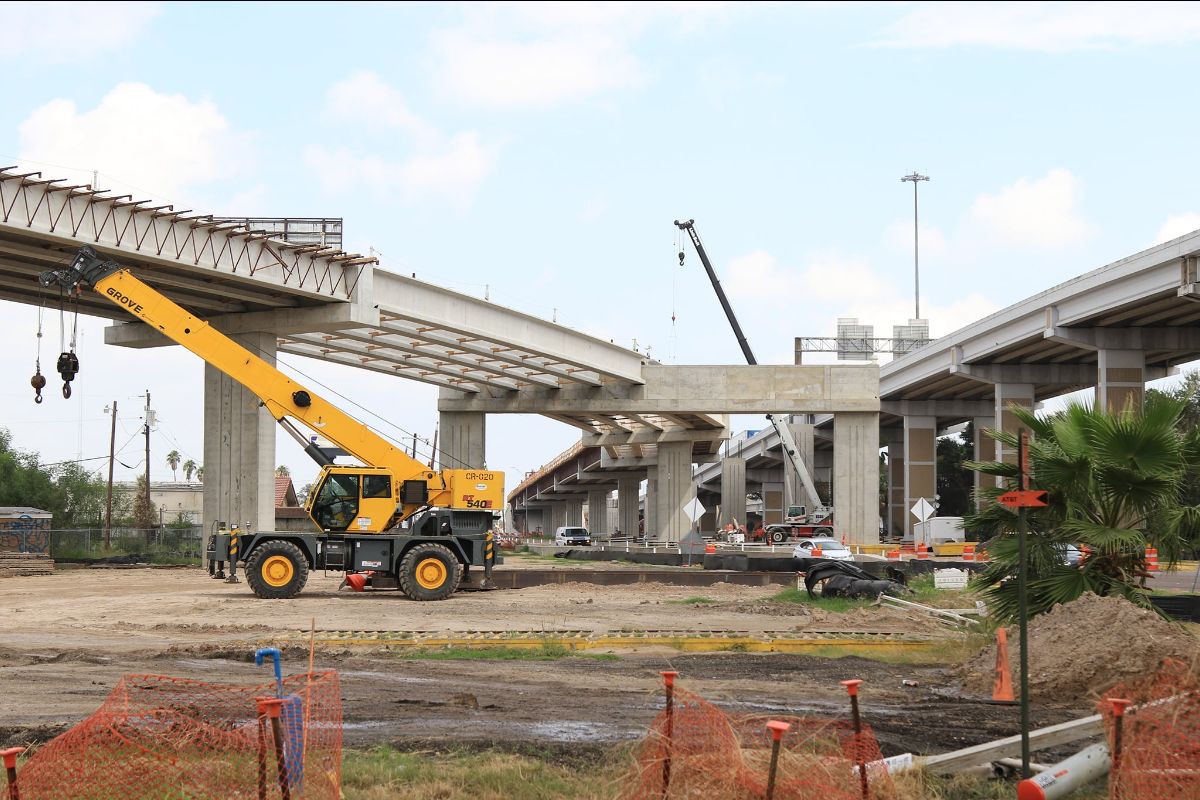