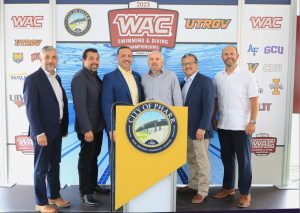 Pharr, Texas – At a joint press conference held this morning, the City of Pharr and The University of Texas Rio Grande Valley (UTRGV) Department of Intercollegiate Athletics announced that they will be co-hosting the 2023 Western Athletic Conference (WAC) Swimming & Diving Championships which will take place February 22-25, 2023 at the City of Pharr Natatorium.

The City of Pharr Natatorium, which is located at 3001 N Cage Blvd., opened its doors in January 2022. The facility features an Olympic-size, eight-lane, 50-meter swimming pool that has 22 25-yard lanes and a separate diving pool that includes five platforms and four springboards—making it the perfect location to host the 2023 WAC Swimming & Diving Championships. 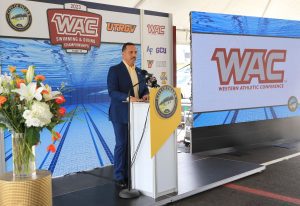 “This is a great opportunity for the City of Pharr, UTRGV, and our entire region as we prepare to welcome hundreds of collegiate athletes, coaches, and individuals to our community,” said Pharr Mayor Ambrosio Hernandez, M.D. “From the very beginning, we knew we were doing something very big in bringing this amenity to Pharr that we greatly needed for our local students, and UTRGV athletes,” continued Hernandez. “Now, we will be hosting one of the largest competitions here at our City of Pharr Natatorium,” added Hernandez.

This will be the first time the WAC Swimming & Diving Championships will take place in the Rio Grande Valley. The City of Pharr Natatorium can seat 1,200 fans, has 444 parking spaces, and is equipped with two scoreboard and video boards, a visible running clock, and built-in areas to sell both concessions and merchandise. The brand-new state-of-the-art facility has ample space for both competitors and their fans. 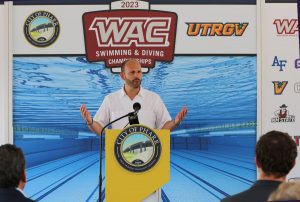 In a release issued by UTRGV, Vice President and Director of Athletics Chasse Conque said, “The City of Pharr is a great partner for hosting this event and I want to thank Mayor Hernandez for his visionary leadership that led to the construction of this aquatic center. The City of Pharr Natatorium is one of the top swimming & diving facilities, not just in Texas, but in the country, which will allow us to both grow the sport in the Valley and continue to attract top competitions such as the WAC Championships.”

“We are thrilled to partner as co-hosts with UTRGV athletics to host this event, especially as we work together to inspire our local athletes and students to become involved in competitive swimming and diving,” said Hernandez.

Dr. Guy Bailey shared the same sentiment in the press release issued by UTRGV, “What hosting the WAC Championships does is shine the national spotlight on UTRGV, the City of Pharr, and the entire Rio Grande Valley. More importantly, it helps us to show our young people where swimming & diving can take them. If they work hard both in the classroom and the competition pool, they too can earn scholarships and compete in events like this in beautiful facilities such as the one here in Pharr.”

“Everyone is going to benefit from this,” stated Hernandez. “This will put the City of Pharr on the Map and bring positive economic opportunities for our local businesses, restaurants, and hotels as we prepare to welcome hundreds of people to the area for the championships,” he added.

“I would like to thank UTRGV President Dr. Guy Bailey and UTRGV Vice President and Director of Athletics Chasse Conque for their partnership with the City of Pharr as we work together to make this a premier event,” said Hernandez. “We look forward to hosting a great event and welcoming everyone to the City of Pharr Natatorium for the 2023 WAC Swimming & Diving Championships in February 2023.” 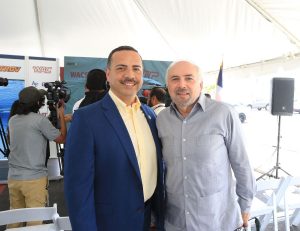 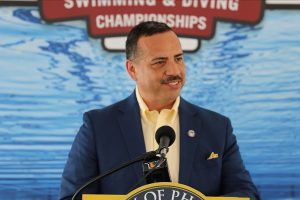 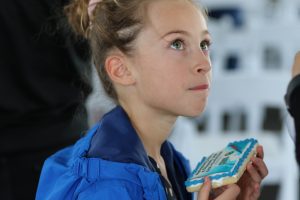 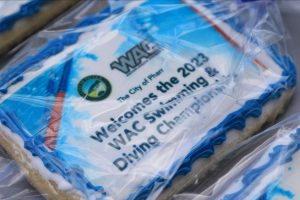