The City of Pharr and the Greater Pharr Chamber of Commerce will host a Virtual Dedication Ceremony to unveil a historical marker in remembrance of the 50th Anniversary of The Pharr Riot that took place on February 6, 1971. The event will be broadcast live on the city’s Facebook page (@CityofPharr) at 10 am.

On February 6, 1971, a riot broke out in Pharr between Mexican-American residents and the police force during a protest against discrimination. At that time, Mexican-Americans in Pharr had no say in either politics, education, or social events. The riots gained national attention. As a result, in June 1972, the citizens of Pharr elected their first Mexican-American Mayor.

“This is part of our city’s history and together, we are proud to honor the 50th Anniversary of The Pharr Riot and recognize the progress that has been made in our great city over the last 50 years,” said Mayor Ambrosio Hernandez, M.D. “Times have changed, yet there are still so many things that we must continue to advocate for, and we must never forget those who paved the way for a better future,” added Hernandez.

DETAILS
WHAT:  Unveiling of The Pharr Riot Historical Marker
WHEN: Saturday, February 6, 2021, at 10 am
WHERE: Ramos Barber Shop (424 N. Cage Blvd., Pharr) or Attend Virtually via live stream on the city’s Facebook page (@CityofPharr) 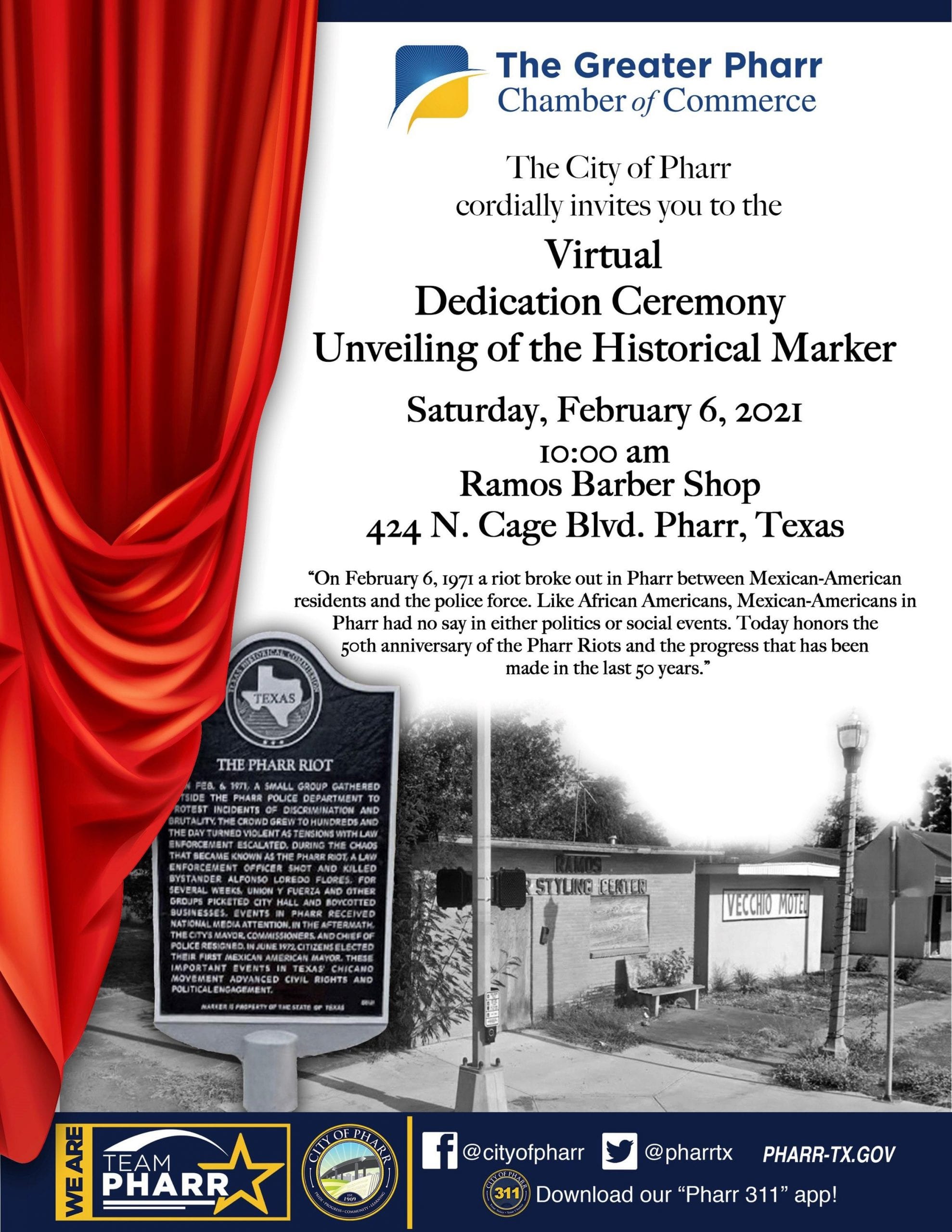