The announcement was made in the following press release:

PHARR, TEXAS — Chief Andy Harvey of Pharr, Texas — on the border with Reynosa, Mexico — is a new co-chair of the Law Enforcement Immigration Task Force.

Harvey currently serves as Police Chief and City Manager of Pharr and has been outspoken about the need for better border and immigration policies, including in testimony before the Senate Judiciary Committee about policing and immigration in 2019.

He assumes his leadership role at a pivotal moment for border and immigration reforms. In polling earlier this year, about 4 in 5 respondents said they would support “Republicans and Democrats working together on immigration reforms that strengthen border security, create a pathway to citizenship for undocumented immigrants who came to the United States as children, and ensure a legal, reliable workforce for America’s farmers and ranchers.”

“What’s actually occurring in our local communities is important to the larger conversation surrounding immigration. We are all less safe without commonsense immigration reforms and practical, effective border security. Let’s work together to make our nation safer,” said Chief Andy Harvey of Pharr, Texas.

“Chief Harvey’s more than 26 years of public service and leadership experience, spanning positions in law enforcement, the military, and city government, as well as his expertise in immigration are welcome assets as he joins the task force’s leadership,” said Sheriff Ed Gonzalez of Harris County, Texas. 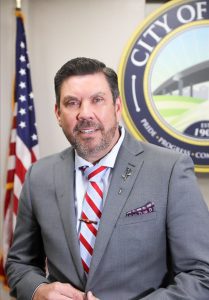