The Board of Commissioners of the City of Pharr met for a special meeting on Monday, May 13, 2019, and considered an agenda that included the following highlights: 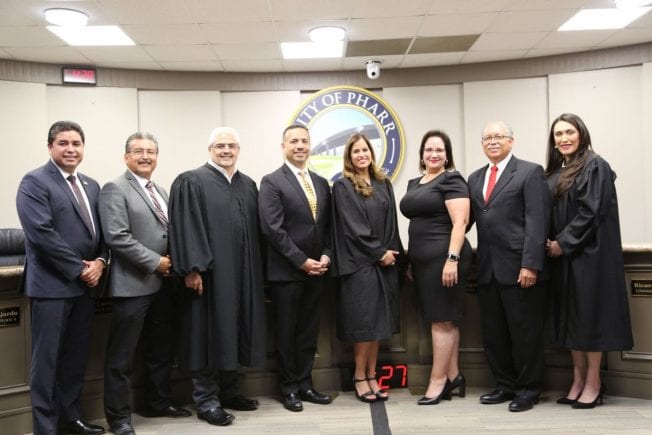 Mayor Hernandez and Commissioners thanked outgoing Commissioner Mario Bracamontes, who did not seek re-election, for his service, dedication, and commitment to the commission and the citizens of Pharr. “It was an honor serving with you,” said Mayor Hernandez. “You are a great public servant and we know you will continue to be involved as you pursue your passion of helping the youth in our community,” he continued. “We thank you for your service,” Hernandez added.

Upon each member taking the official oath of office, the meeting was adjourned. Each elected member will serve a four-year term on the Pharr City Commission. The next city meeting is scheduled for Monday, May 20, 2019. 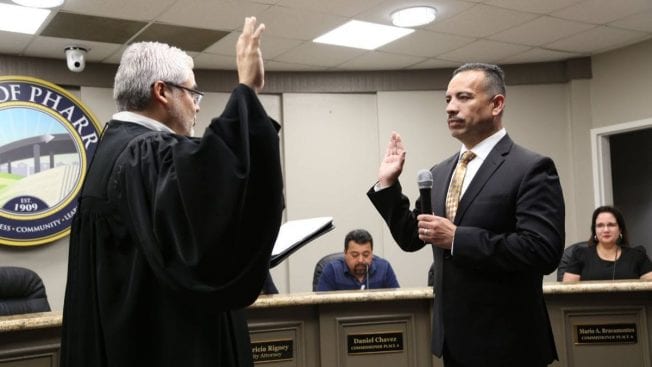 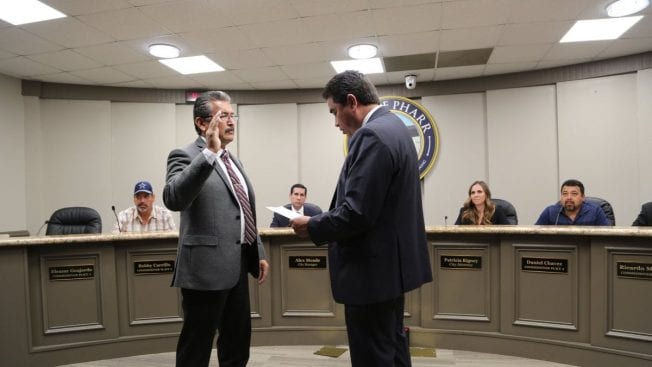 Commissioner Eleazar Guajardo was sworn into his second term and administered the oath of office by Hidalgo County District Attorney Ricardo Rodriguez. 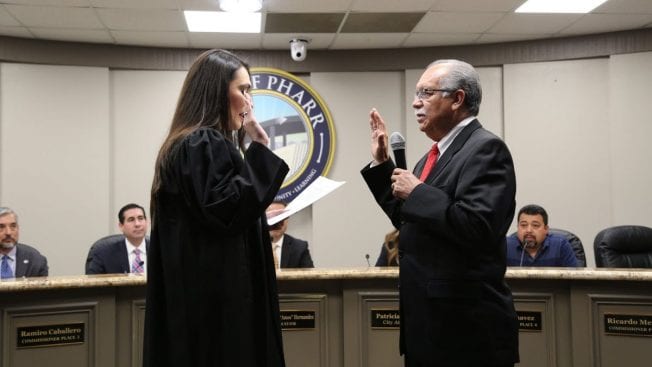 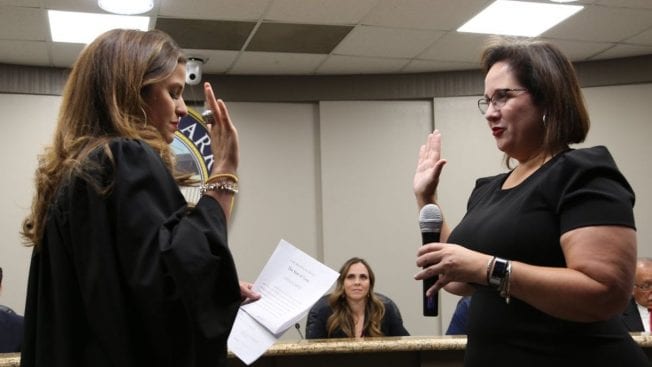