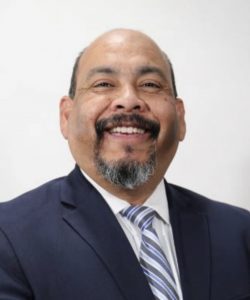 Pharr, Texas – The City of Pharr is proud to announce that Pharr Emergency Medical Services Chief Daniel “Danny” Ramirez has been appointed to the Governor’s EMS & Trauma Advisory Council (GETAC). The governor made the announcement via a news release yesterday, April 7, 2022. GETAC was established in 1999 to advise and make recommendations on the development and implementation of Texas Emergency Healthcare System Rules. GETAC’s mission is to promote, develop, and advance an accountable, patient-centered Trauma and Emergency Healthcare System. Ramirez is one of 15 appointees who serve on the Council; his term will expire on January 1, 2028.

“As the head of our newly-formed municipal EMS Department, it is a notable honor that Danny is one of only a handful of appointees selected to serve on this Council by Governor Abbott, indicative of the superior level of performance in providing high-quality and life-saving emergency medical services that the department has demonstrated under Danny’s leadership,” stated Pharr Mayor Ambrosio Hernandez, M.D. “We are proud of Danny’s accomplishments, and Pharr now has a seat at the table not only to influence emergency healthcare services across the state but to also ensure that our region and our South Texas communities receive the attention and resources for comprehensive and efficient emergency care,” Hernandez added.

“I am very happy to serve the state of Texas and represent the City of Pharr and the Rio Grande Valley in this capacity, helping shape the future of health care in Texas,” remarked Ramirez. He added, “I thank Governor Abbott for this opportunity, as well as our South Texas state legislative delegation for their support of my appointment, and I look forward to serving on this Council.”

An active resident and member of the Pharr community, Ramirez is a member of the Texas City Managers Association and the Texas EMS Association. He also volunteers for the Pharr Volunteer Fire Department. Ramirez received a degree as an Emergency Medical Technician from Texas State Technical College.

Upon learning of Ramirez’s appointment, congratulations and words of encouragement poured in from state officials:

“I appreciate Governor Abbott appointing Daniel Ramirez to this important advisory council. Chief Ramirez has the skills and the knowledge needed to advise and provide feedback to our state agencies and policymakers regarding effective delivery of emergency health care services across our state. He will be helpful in advising the state as we continue refining educational requirements and developing emergency medical services and trauma care systems. Congratulations to Chief Ramirez.”
– Texas State Senator Juan “Chuy” Hinojosa (District 20)

Texas State Senator Eddie Lucio, Jr. (District 27) also expressed his support regarding Ramirez’s appointment in a letter of support to Governor Abbott. In his letter, Lucio wrote, “Mr. Ramirez has been instrumental in developing and running the newest EMS Department with the City of Pharr.” He added, “Because of Mr. Ramirez’s extensive background and experience in the field, this new department became an instant success. I fully support the recommendation of Danny Ramirez, EMS Chief for the City of Pharr, to the GETAC.”
– Texas State Senator Eddie Lucio, Jr. (District 27)

“Danny Ramirez has been an instrumental part of the success of the City of Pharr and Pharr EMS, and I know he will continue to serve our community well on the Governor’s Emergency Medical Services and Trauma Advisory Council.”
– Texas House of Representatives Transportation Chairman Representative Terry Canales (District 40)

“I’m delighted that Daniel Ramirez has been chosen to serve our great state, and I am confident that his extensive experience will prove to be a great addition to the Advisory Council.”
– Texas State Representative Sergio Muñoz, Jr. (District 36) 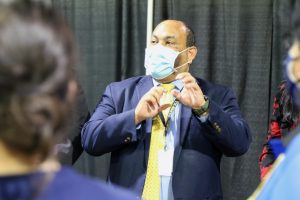 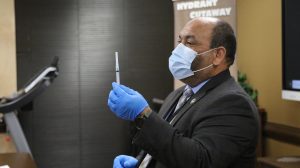 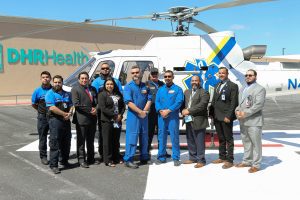 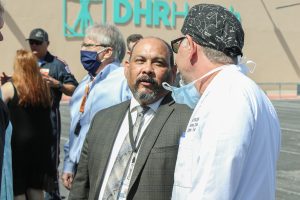 Photos of Chief Ramirez courtesy the City of Pharr.