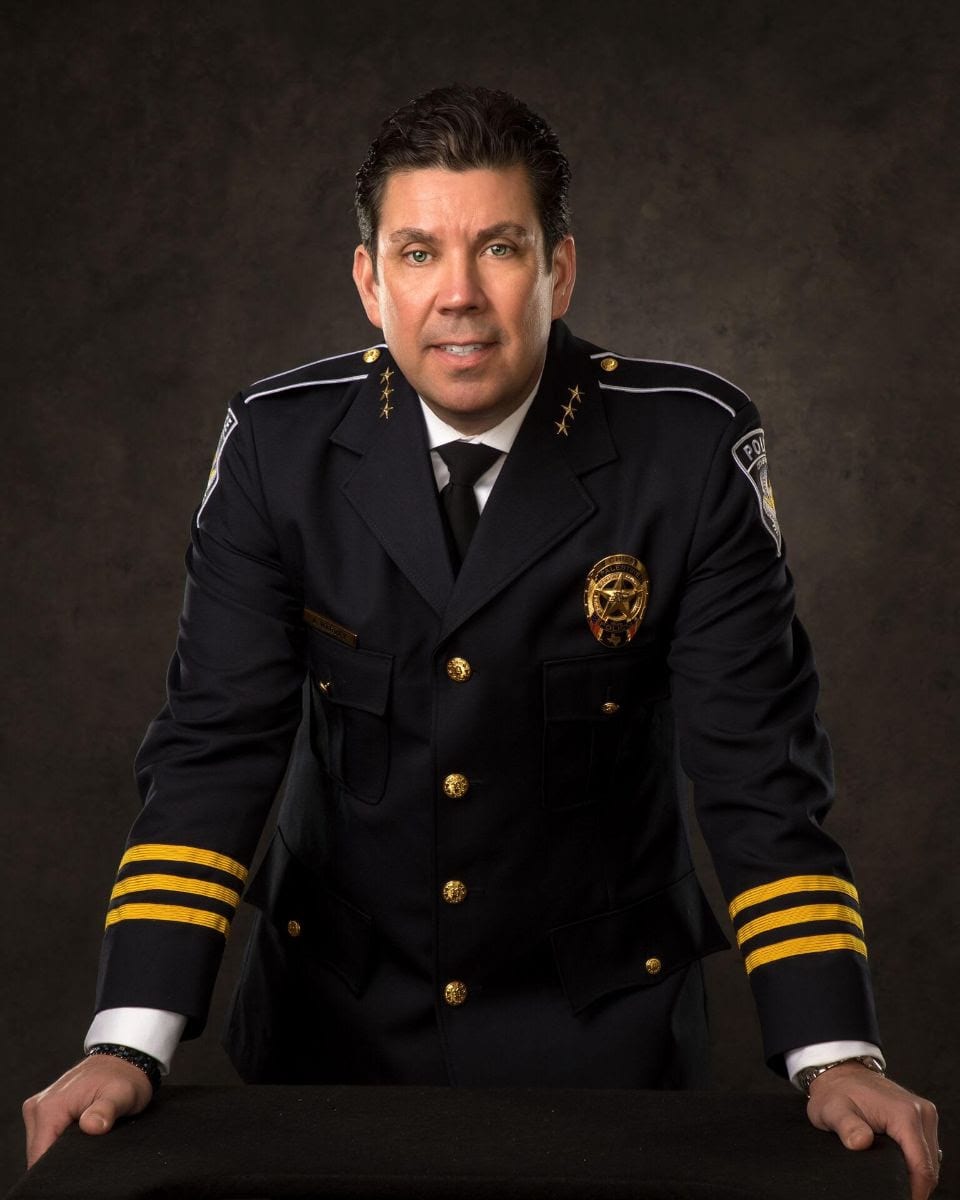 Pharr, Texas – At a special meeting of the Pharr City Commission held today, the City of Pharr announced the selection of Andrew “Andy” Harvey, Jr. as the city’s new police chief. Harvey was appointed by interim City Manager Ed Wylie and confirmed by the Pharr City Commission. He was sworn into office at the meeting by Hidalgo County District Attorney Ricardo Rodriguez.

Chief Harvey has a wealth of military and transformational law enforcement leadership experience, having most recently served as Chief of Police for the cities of Palestine and Ennis, Texas. As Chief, Harvey has transformed agencies into more modern, 21st-century police departments. Harvey’s innovation in policing includes implementing crime-fighting strategies to target drugs and property crimes using covert and other technology and creating a Quality of Life Officer position who works with social services, child protective services, and mental health agencies to provide better quality care to citizens challenged with mental health and drug addiction, among other notable successes.

While heading up the Palestine Police Department, Harvey was named Palestine Difference Maker in 2018 and 2019 by the Herald Press Newspaper. Harvey also serves on the Law Enforcement Immigration Task Force in Washington D.C, as part of a group of police chiefs and sheriffs across the country to have a voice on how immigration reform relates to public safety. Harvey testified in front of the Senate Judiciary Committee last October on this issue.

Prior to his tenure in Palestine and Ennis, Harvey served more than 21 years at the Dallas Police Department, retiring in 2017. Harvey also served as First Sergeant of the 136th Mission Support Group of the US Air National Guard and also served in the United States Air Force Reserve and the Texas Army National Guard from 1987 through 2008, retiring honorably and receiving numerous accolades including the Joint Service Commendation Medal for Operation Iraqi Freedom for deploying to the Middle East.

Harvey received his Bachelor of Applied Arts and Sciences from Midwestern State University, a Master of Science in Criminal Justice from the University of North Texas, and a Doctorate of Philosophy in Strategic Leadership from Destiny College International. Harvey is certified as a Master Peace Officer and a TCOLE Certified Instructor. Harvey’s leadership philosophy seeks to invoke effective policing by requiring courageous and collaborative leaders at every level of an organization, with officers called upon to think outside of their squad car, and consider the impact their actions may have on the police department, the city, and today’s policing.

A professional speaker and presenter, Harvey has presented Excellence in Policing and Confident Media Relations courses to hundreds of police executives in Texas and throughout the country. As an executive trainer, he has trained many leaders around the state in leadership, community relations, and media relations.

“We are excited to herald in a new era of police leadership with someone as qualified and experience as Chief Harvey,” said Mayor Ambrosio Hernandez, M.D. “Our community should feel safe and secure with the new direction our police department is going, and we are happy that Chief Harvey has joined our team,” he added.
Harvey was born and raised in the Rio Grande Valley and speaks Spanish. “Having the opportunity to return to the Valley in a fast-growing, dynamic city and region is incredible,” said Harvey.  “I look forward to working with the men and women of the Pharr PD to add value to the city,” he added.