The City of Pharr has successfully led the efforts for the passage of House Bill 2843 / Senate Bill 1334 in the Texas Legislature, a bill that addresses funding mechanisms to invest in our ports of entry infrastructure. Today, Texas Governor Greg Abbott signed the bill into law, a bill that is effective immediately and will benefit both city- and county-owned ports of entry like the Pharr International Bridge. Senator Juan “Chuy” Hinojosa and State Representative Terry Canales both worked with the City of Pharr to get the bill passed through their respective chambers.

As international ports of entry continue to evolve with increased supply and demand crossing our borders every day, the Pharr International Bridge continues to increase its overall crossings annually by 3-5% and remains one of the top ports of entry in most major commodities such as produce and automotive.  With this continued growth, ports of entry processes currently in place to maintain infrastructure via federal regulatory areas and guidelines have changed over time. HB 2843 / SB 1334 amends the Transportation Code to authorize a county bordering the Rio Grande to use negotiable bonds or the proceeds of the sale of the bonds to construct, improve, enlarge, or equip in whole or in part a toll bridge or a related building, structure, or other facility. The bill authorizes the county to use those bonds or the sale of the bonds to acquire such a building.

This bill provides cities and county-owned toll bridges another funding tool to invest in ports of entry infrastructure. A strong economic engine for the City of Pharr, the region, our state, and the nation, our local ports of entry and bridges along the Texas-Mexico border are key contributors to the economies of the U.S. and Mexico. Trade between Texas and Mexico has grown rapidly over the last two decades, increasing by 267 percent from $58 billion in 1994 to $213 billion in 2019. 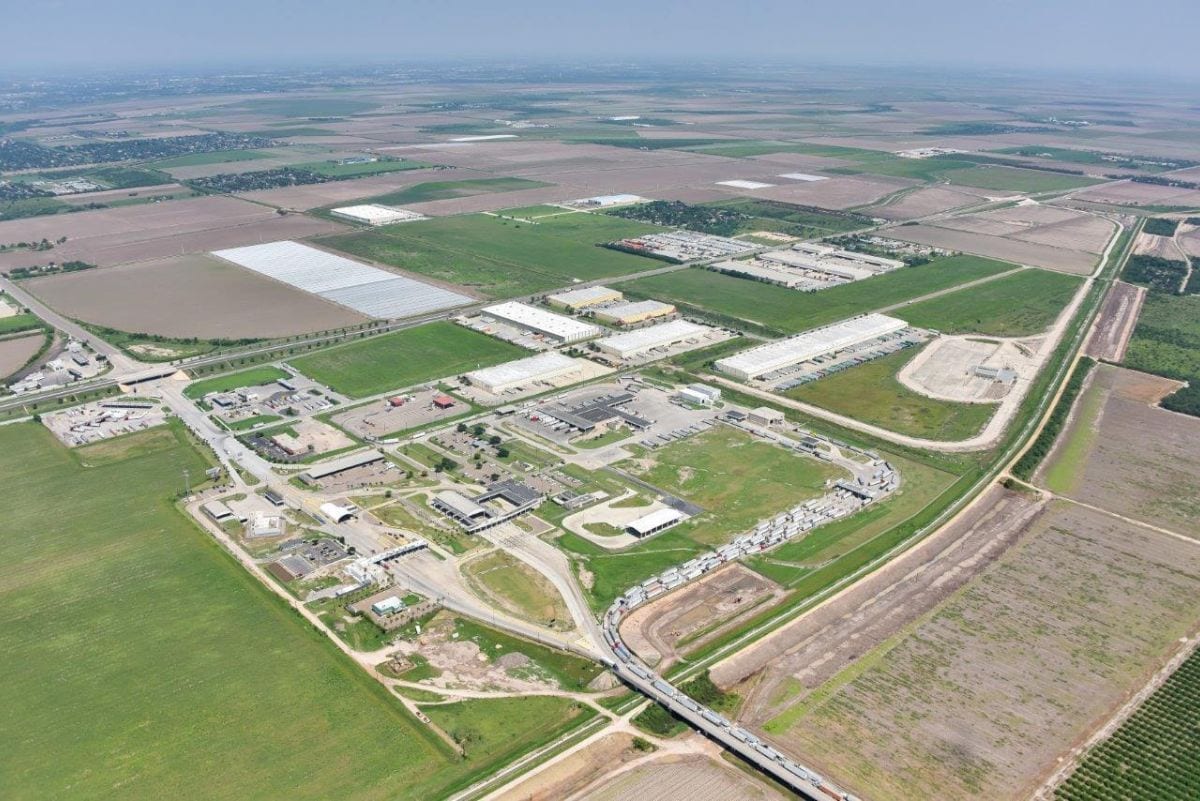 “The city of Pharr prides itself on remaining proactive and innovative when it comes to infrastructure development at the Pharr International Bridge,” said Mayor Ambrosio Hernandez, M.D. “The bridge now crosses 65% of the nation’s produce imported from Mexico and over $36 billion in annual trade, and I am happy to see that our state leaders recognize that it is vital to continue prioritizing infrastructure needs for our port of entry,” he added.  “Senate Bill 1334 will allow for local government entities to invest in port of entry infrastructure that can provide greater efficiency of cross-border movement of people and goods and to better accommodate future growth,” stated Hernandez.

The City of Pharr has been proactive in infrastructure investment and development at the Pharr International Bridge. In collaboration with U.S. Customs and Border Protection and the U.S. General Services Administration, Pharr was the first port of entry to be part of the Donations Acceptance Program (DAP). The DAP program is a partnership mechanism with the CBP to explore and implement tangible solutions to trade and travel challenges, under the Cross-Border Trade Enhancement Act of 2016.   DAP allows city-owned ports of entry to donate a monetary value inside the federal footprint allowing infrastructure projects to be expedited and therefore increasing the amount of commercial truck output for all ports of entry.  Currently, every major city-owned port of entry along the Texas-Mexico border is participating in the DAP program. Since the establishment of the DAP program, 41 partnerships have been created with a $218 million dollar investment in U.S. Ports of Entry.

SB 1334 was filed by Senator Hinojosa and sponsored in the House of Representatives by Rep. Terry Canales, Chair of the House Transportation Committee, at the request of Pharr Mayor Ambrosio Hernandez, M.D., and city officials.

“I appreciate Mayor Ambrosio Hernandez for his leadership and for bringing this issue to my attention,” said Senator Hinojosa. “We will recover our investments and more, by growing our economy, creating new jobs, and making the movement of people and goods at our bridges more efficient. This is a common-sense bill that will help cities and counties that own bridges leverage their local dollars to expedite bridge projects which will strengthen our economy and the safety of our ports of entry.”

Under current law, cities and counties are not permitted to issue bonds to invest in facilities, technology, or other infrastructure to donate to the federal government for port improvements. This discrepancy in the law created a roadblock that prevented entities from enhancing bridge infrastructure and establishing key partnerships between local agencies and municipalities to share resources that enhance ports of entry.  “It was important to the city that our state legislatures remain cognizant of the fact that city-owned bridges are identified as formal city departments and require significant maintenance, as do other city facilities,” stated Hernandez.

“This legislation will better allow communities like the City of Pharr to leverage their local dollars to strengthen our state’s economy and bolster the safety of our ports of entry,” said Rep. Terry Canales. “Thank you to Pharr for advocating for legislation that will have such an incredible impact on our ports of entry up and down the Texas-Mexico border,” he continued. “This is an important bill that will have a major impact on the Rio Grande Valley, the State of Texas, and the entire nation,” added Canales.

Pharr has prioritized five (5) DAP projects that total the largest financial investment along the Texas-Mexico border and are currently categorized as in the “financial procurement” phase of the DAP process. The DAP program works to foster a symbiotic relationship amongst agencies, entities, and municipalities which further enhances and solidifies our economic footprint and continues to establish us as a critical trading spot in the nation.

“On behalf of the City of Pharr and the Pharr International Bridge, I want to thank Senator Hinojosa and Chairman Canales, who represent our South Texas region on their respective Committees on Transportation, for sponsoring this bill and getting this done for our border communities,” Hernandez said. “They worked tirelessly to make this happen, advocating on our behalf and we are very grateful for their dedicated efforts,” he added. “We would especially like to thank all our Rio Grande Valley Delegation for their work and our state leaders for recognizing the important economic impact of the DAP program which will benefit ports of entries throughout our region,” he said.