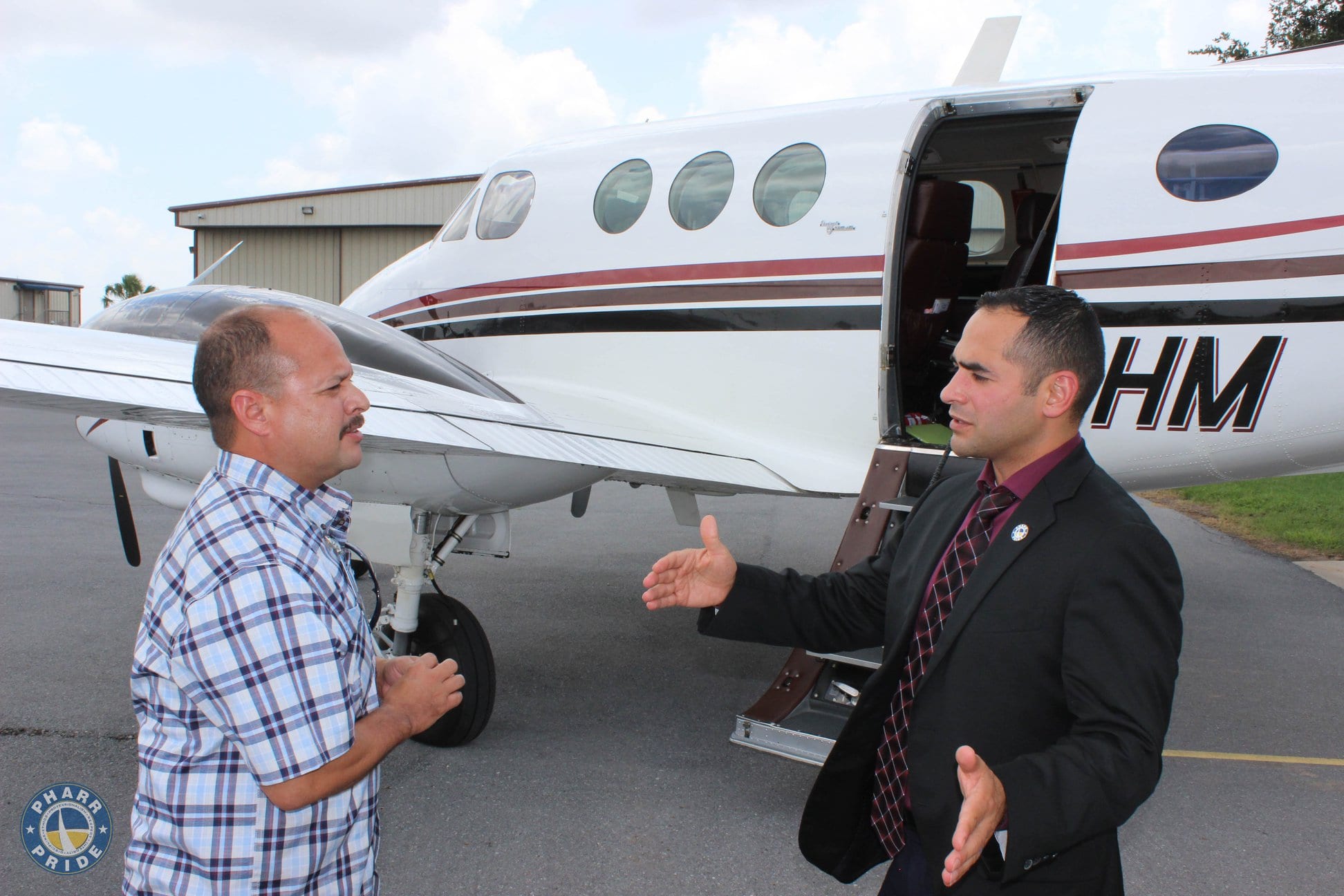 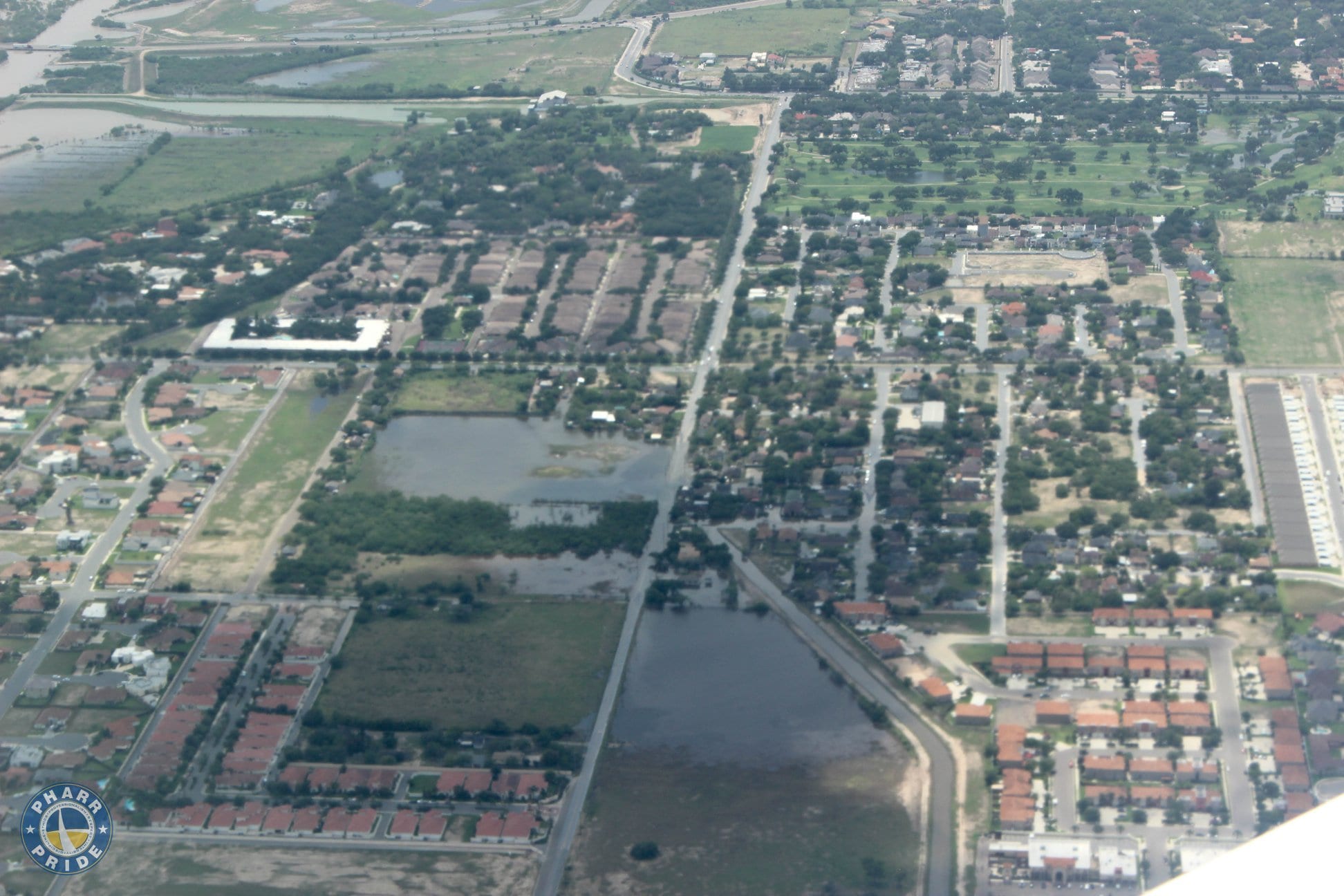 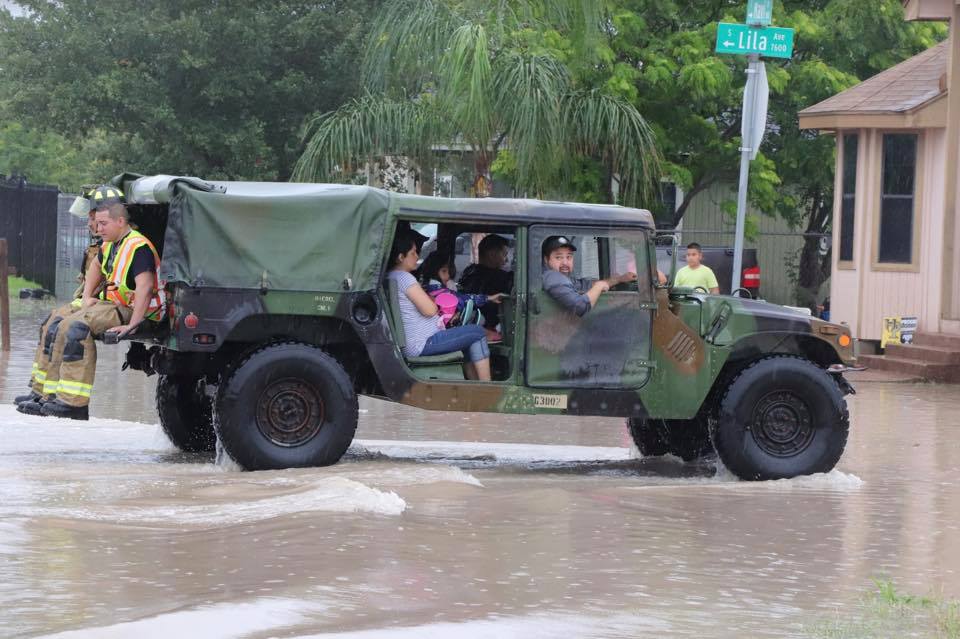 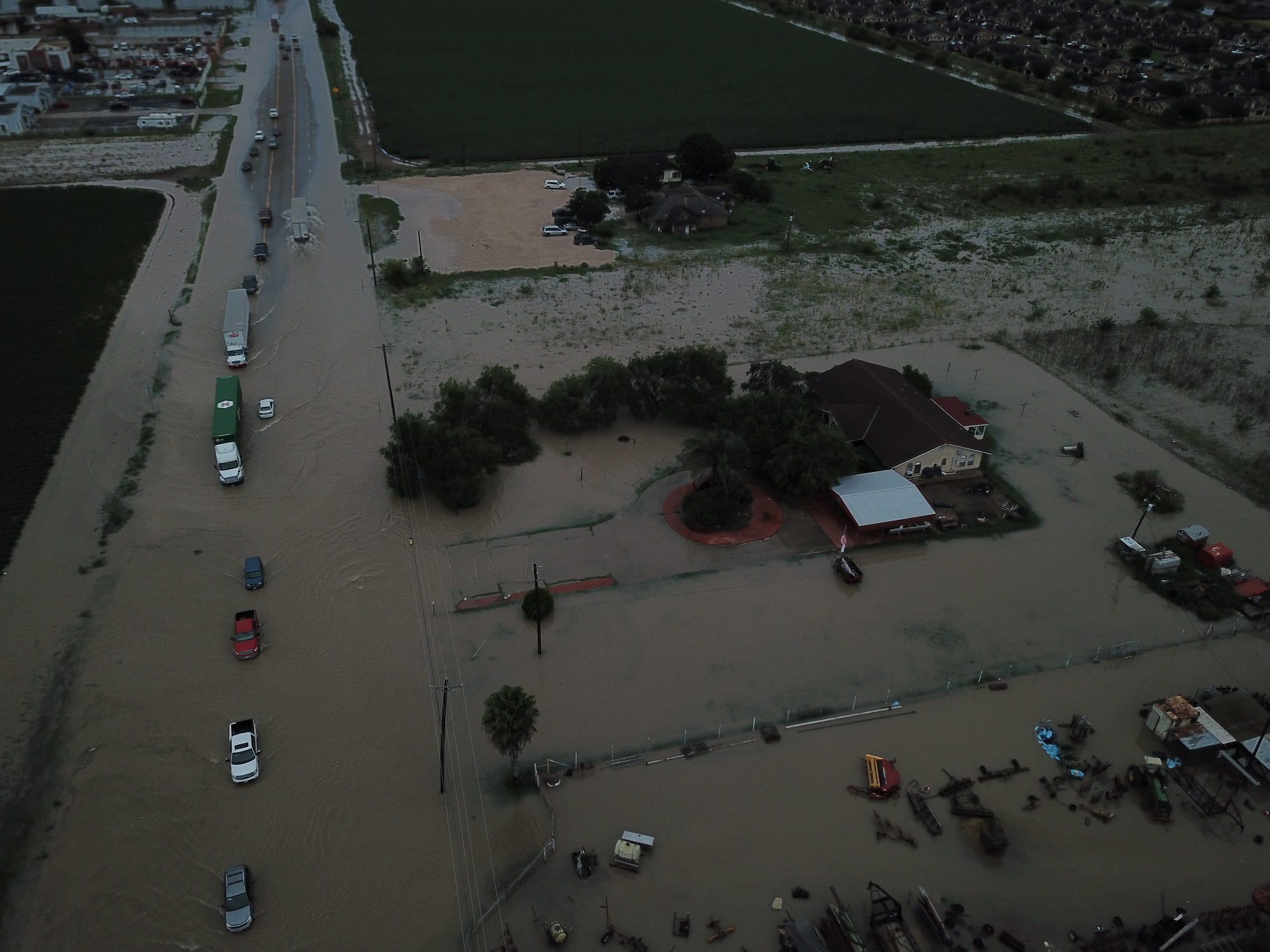 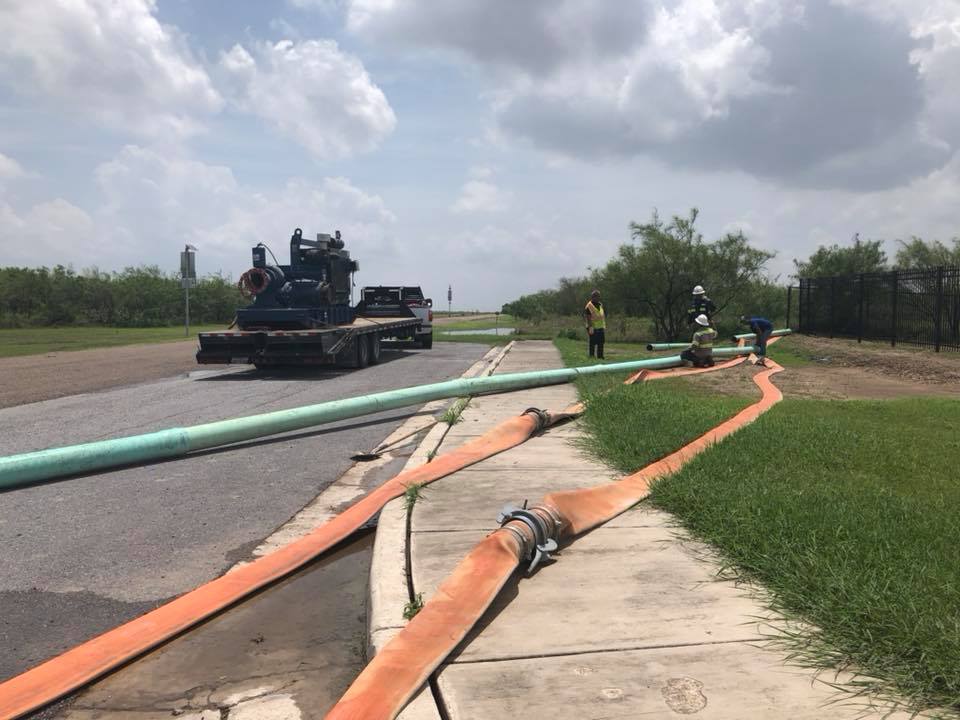 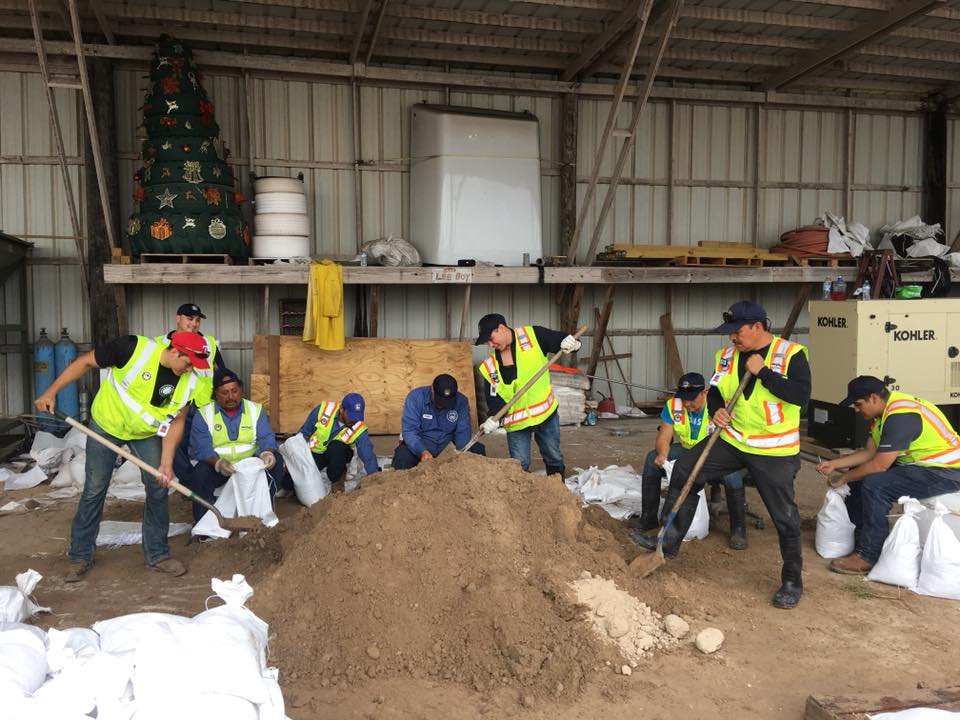 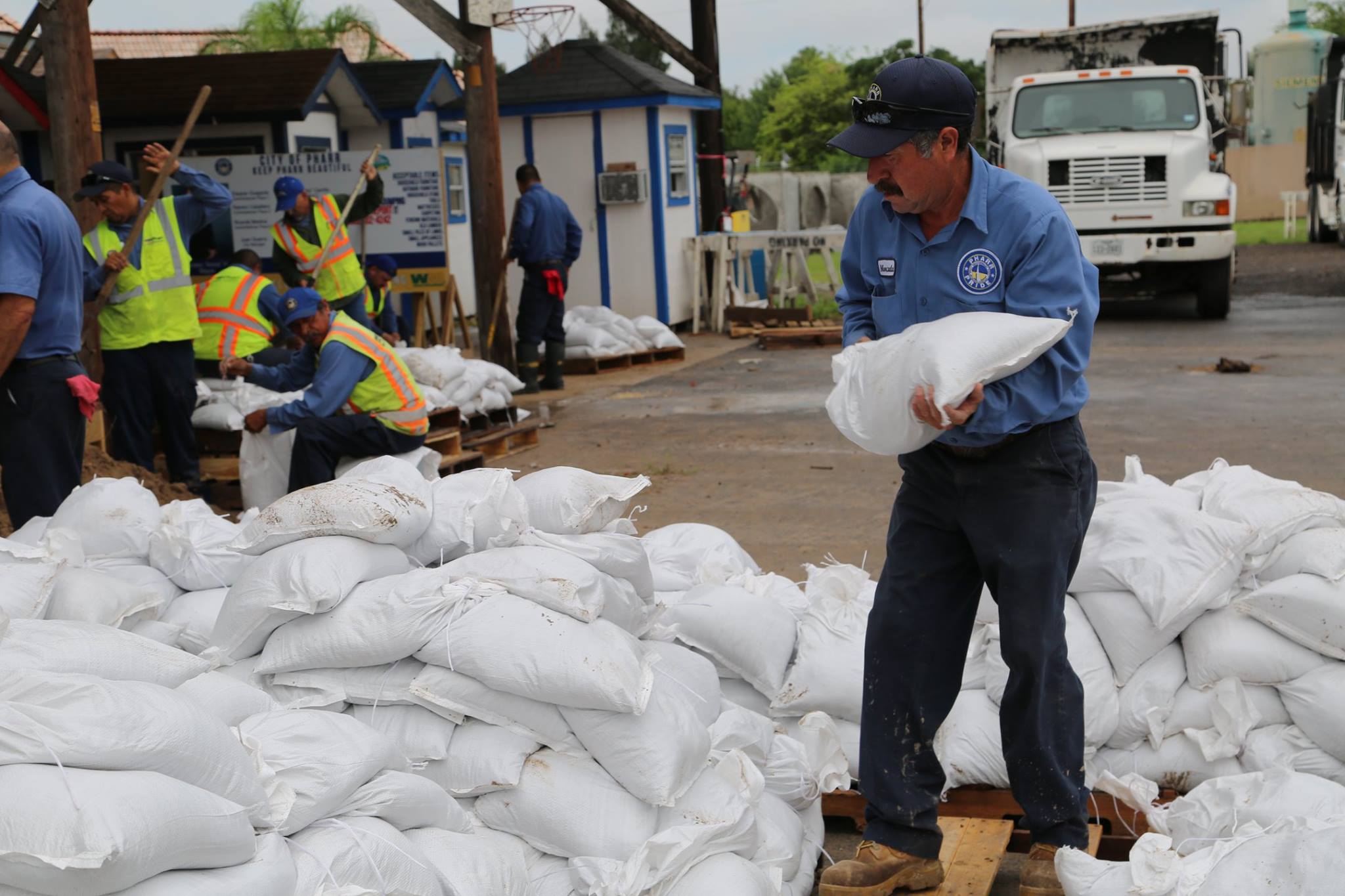 Pharr, Texas – The City of Pharr was impacted by recent extreme rainfall that inundated the entire Rio Grande Valley. This event did not discriminate – residents and families from across South Texas suffered devastation and property loss due to hours of relentless downpour and rising floodwaters from an overwhelmed regional drainage system.  Homes, vehicles, and businesses flooded, roads were impassable, drainage canals overflowed, and many families were displaced. Through it all, the city responded swiftly, some of it consisted of working around-the-clock to assist residents, drain the floodwaters, help those who were trapped in their homes, and assisted in coordinating shelter for those who had nowhere to go.

Pharr Mayor Ambrosio Hernandez, M.D. applauded the community’s response to the flood event. “There is an old phrase we are all familiar with – ‘When the going gets tough, the tough get going.’ After the recent rains, there is no better phrase to describe the City of Pharr. In the last few days I have had the privilege of seeing our Pharr citizens, families, and neighbors come together and battle the after-effects of the punishing rains we experienced,” said Hernandez.

All City departments participated in helping the residents of Pharr in one way or another.  The Pharr Fire Department served a major role in leading the rescue efforts, as dedicated employees and volunteers braved the rising floodwaters to coordinate the rescues of stranded individuals, families, and pets.  The Pharr Public Works Department worked 24-hours a day pumping an estimated 7.25 million gallons of water off the streets.

“The City of Pharr responded to approximately 400 calls for service and rescue during the two-day event,” said Fire Chief Lenny Perez. He continued, “Our city commissioners, administrative staff, and all city employees, many of whom were personally affected by the flood event, were instrumental in setting aside their own personal needs in service to our community, and we thank them for their dedication to our citizens.”

Commissioners Danny Chavez and Mario Bracamontes were in the trenches, delivering sandbags and helping to rescue families whose homes were flooded.  “I have never experienced flooding such as this, and as commissioner, I felt an obligation to our community and to assist our neighbors who needed the help, in every which way we could,” said Commissioner Chavez. “We all came together in coordination with city efforts to rescue residents and families in some of the hardest-hit areas,” he continued.

Working as one team during this event, the city pooled all resources to begin the recovery process. The Pharr Police Department was critical in ensuring that residents were safe from driving on flooded roads, and also assisted in performing water rescues, when needed, alongside the Pharr Fire Department.

Meanwhile, the Parks and Recreation Department was quick to set up shelters for those in need.  In addition, the Public Works, Utilities Department, Development Services, and Engineering worked tirelessly to make sure that barricades went up, that water relocation efforts were swift, and that the cleanup began promptly. Thirty roads were impassable and blocked due to flooding. Pumping operations in subdivisions and neighborhoods continued for three days using 6-, 8- and 12-inch pumps.

“All City of Pharr employees went above and beyond the call of duty by covering spots left open by those deployed in the field or assisting with donations management,” said Mayor Hernandez. “It was truly a team effort and we could not be more proud of the selfless actions that our employees displayed while working day-in-and-day-out to assist our citizens.”

City Manager Juan Guerra frequently went to flood sites, visiting the shelter, speaking with employees, and meeting with residents concerning the effects of the flood.  He also conducted a flyover assessment of Pharr, documenting widespread damage throughout the region. An initial assessment of damage in Pharr estimates approximately $30 million in damages, including approximately 3,500 homes (2,800 major damage), and 50 businesses. It is expected this number might increase as flood waters receded and damages are assessed around the city. County leaders have reiterated that the drainage system functioned as intended; the inordinate amount of accumulated rainfall in such a short period of time is what ultimately led to the flooding.

“The City of Pharr acted quickly as a team, is preparing for emergency assistance and is working closely with local, state, and federal partners to begin recovery efforts,” stated Mayor Hernandez. “On June 20, I immediately declared a proclamation of a state of local disaster for the City of Pharr, and sent correspondence to Texas Governor Greg Abbott, alongside other leaders and Hidalgo County Judge Ramon Garcia, requesting that he declare a state of local disaster for our area.”

Governor Abbott subsequently declared a disaster declaration on June 21, which will allow Hidalgo County to begin accessing state resources and mutual aid to assist in recovery efforts. Other response efforts include a financial commitment from the Pharr City Commission in the amount of $40,000 for individual grants to affected families to assist in recovery efforts. The City of Pharr Finance Department also set up an official GoFundMe account to assist those most in need.  Mayor Hernandez, City Commissioners, and officials remind the community to stay prepared and help their fellow neighbors in need.  Pharr began conducting Damage Assessment Evaluations for Pharr residents affected by the flooding.

“We appreciate everyone’s patience as we all work together to help our community recover from this unprecedented weather event,” said Mayor Hernandez. “We also encourage everyone to let this serve as a reminder for us all to stay vigilant, be prepared, and make a plan in the event of future inclement weather events and their unforeseen and possibly devastating aftermath.”

“We encourage everyone to assist where they can – donate funds, volunteer, and help others in need,” said Mayor Hernandez. “Most importantly, with Hurricane Season underway, residents are reminded to have an emergency plan in place and be prepared.”

“I can assure you, together, we will emerge from this challenge stronger and more united than ever before,” Hernandez continued. “We will do everything within our power to protect life and property in our community” he added.

While commending the city’s response to this flooding event, Mayor Hernandez also recognizes the need for regional mobilization to push for infrastructure funding to mitigate future flooding disasters. Projects of regional significance such as the improvement of outfalls and drainage canals, need the support of the entire community and its leaders. By working together and speaking as a regional voice on issues that impact the entire area, infrastructure projects have a better opportunity to be funded.

“As a community leader, I recognize that I have a responsibility and an obligation to see beyond the immediate needs of our jurisdiction and work toward finding solutions that will help the greater community-at-large,” Hernandez stated. “I will continue to keep pushing our state and federal leaders for the assistance, funding, and resources we need and deserve,” he ended.